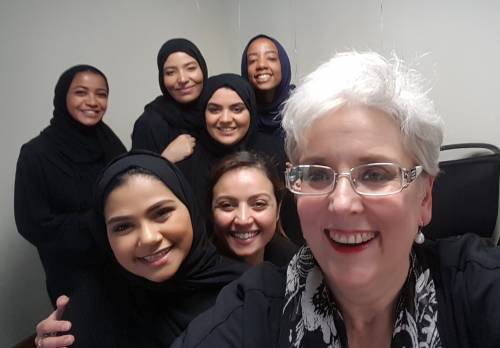 Paula Marie Young had been practicing law since 1982 before she came to Mizzou Law in 2001 to get her LLM. Young grew up in St. Louis, Mo., and had stayed in her hometown to get degrees in political science and law from Washington University, where she graduated in the top 20 percent of her law class.

“I graduated from Wash U in 1982,” Young said. “My first job was with the largest law firm in Oklahoma doing oil and gas law.”

In 1991, Young joined McCarthy, Leonard, Kaemmerer, Owen, Lamkin & McGovern, L.L.C., becoming a partner during her 11 years. She then decided to focus on mediation and chose Mizzou Law for the reputation of the dispute resolution program. As an LLM student, Young says she loved “interacting with students from other countries” and learning about a topic about which she was passionate. Upon graduating, Young entered the legal education field herself.

“After I got my LLM, I started teaching at the Appalachian School of Law,” Young said. “The MU Law faculty prepared me for the job talk by doing a mock interview for me. I have now been teaching almost as long as I practiced law, from 2002-2020.”

For the past five years, Young has been a clinical professor of law at Qatar University College of Law in Doha, Qatar. She is an award-winning mediator and was the recipient of the first Distinguished Mediator Award presented by the Virginia Mediation Network. Who’s Who in America has recognized her among its top executives and professionals. Martindale-Hubbell has listed her as an AV-Rated Preeminent Woman Lawyer with the highest peer ratings for legal ability and ethics. In January 2006, the Governor of Kentucky commissioned Young as a Kentucky Colonel for her efforts on behalf of the Kentucky mediation community.

Of the many awards Young has received in her accomplished career, she says she is most proud of her role as a leader in the Virginia mediation community and her publications, of which she has over 60. She also has a blog, The Red Velvet Lawyer, which has more than 350,000 page views. In October 2010, Young joined the Virginia Mediation Network’s Board of Directors and rose to the position of president from 2012-2013. While serving in this role, she launched a strategic planning process for the organization.

Young says she is thankful for the mentorship she received from a female colleague early in her career.

“One female associate helped me navigate gender politics in the law in the 1980s when only 8 percent of all lawyers in the U.S. were women,” Young said.

Looking to the future, Young says, “I have another year in Qatar. Then, retirement in Thailand for a while. Travel in Southeast Asia and Africa. It all depends on how the pandemic unfolds. If I am really ambitious, I will launch an online training program for women in East Africa in conflict resolution leadership.”