Four Mizzou Law alumni have been honored with Missouri Bar awards during the 2022 Missouri Bar Annual Meeting in Springfield, Missouri. 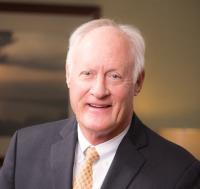 McCarter is a founding member of Behr, McCarter, Potter, Neely & Hyde PC in St. Louis. He served as president of The Missouri Bar from 1992-1993 and St. Louis County Bar Association from 1986-1987. A graduate of the University of Missouri School of Law, McCarter was admitted to The Missouri Bar in 1975. He is also a past recipient of the bar’s Purcell Professionalism Award and the Spurgeon Smithson Award, as well as The Missouri Bar Foundation’s W. Oliver Rasch Award.

McCarter writes “The Flag,” a column in the Journal that summarizes four to six recent court decisions that are relevant to practicing Missouri lawyers. The Flag has been a staple in the Journal since 1958, and McCarter took over writing the columns in 1998. 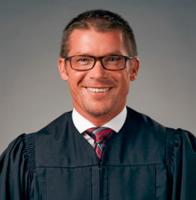 The Hon. Joe Hensley was honored with the 2022 Theodore McMillian Judicial Excellence Award for his integrity and leadership in the courtroom. Established by The Missouri Bar Board of Governors in 2004, the award recognizes judges who have inspired others of the judiciary through their integrity and leadership to help advance the administration of justice and provide outstanding public and community services to Missouri residents.

Hensley is a Jasper County associate circuit judge and serves as the 29th Circuit Court’s presiding juvenile court judge. Prior to serving on the bench, he practiced in civil litigation and adoptions. Hensley graduated from the University of Missouri School of Law and was admitted to The Missouri Bar in 1998. 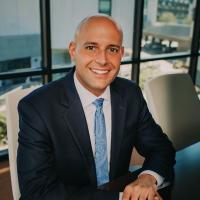 Derek Ankrom, ’11, was honored with a 2022 David J. Dixon Appellate Advocacy Award, which was created by The Missouri Bar Foundation to recognize outstanding achievement in appellate practice by young members of The Missouri Bar. The award is named after the late Judge Dixon, and recognizes three young lawyers who are under the age of 40 who perform outstanding appellate work.

Ankrom is a partner with Spencer Fane LLP, in Springfield. “Identifying and explaining potential legal errors in an appeal is intellectually challenging, but it is also professionally rewarding when you keep in mind that the ultimate objective is to help ensure that the judicial system worked as it should,” Ankrom said. 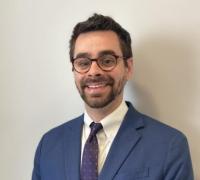 Anthony Meyer, ’18, received this year’s W. Oliver Rasch Award for his in-depth article, “Standing in Missouri’s Federal and State Courts” in the May/June 2021 Journal of The Missouri Bar.

Meyer is a lawyer at Lear Werts LLP in Columbia, where he focuses on consumer protection, mass tort, class action, and employment matters. He is a graduate of the University of Missouri School of Law and was admitted to The Missouri Bar in 2018. He is part of the bar’s Leadership Academy 2021-22 class.