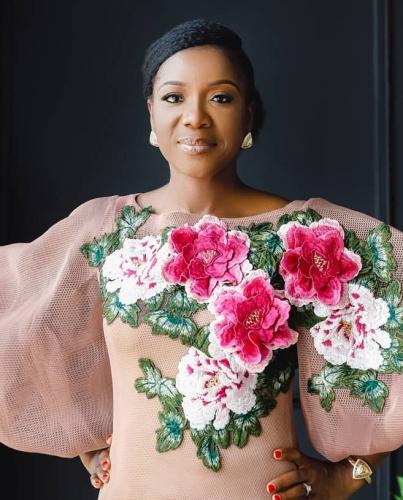 With both of her parents attending the University of Missouri for graduate school, and because of the school’s world-renowned alternative dispute resolution (ADR) program, Kemi Sanni, LLM ’08, knew Mizzou was for her.

“My parents always had great things to say about Mizzou and how embracing it is with the many diverse students who attended the school,” Sanni said. “I never applied to any other schools.” Her choice to apply only to Mizzou led to her current role as ADR Programs Manager at the District Court of Maryland in Baltimore.

Sanni obtained her LLB at Ahmadu Bello University in Nigeria and was called to the Nigerian Bar in 2004. She then practiced law with Aina Blankson, LP, and with the Lagos Multi-Door Courthouse in Nigeria before moving to Columbia to complete her LLM.

“I went through my undergraduate program in law with no real conviction that I wanted to be a lawyer,” Sanni said. “This changed in my final year where in my Jurisprudence class, the topic of discussion was ‘alternative dispute resolution.’ A light bulb went on and my choosing a career in law suddenly made sense.”

During her time at Mizzou, Sanni gained a wealth of knowledge that cut across many different ADR fields. She credits her time in Columbia with giving her the confidence to apply for ADR positions in different areas of specialization.

Sanni added that she enjoyed the program because of its small class sizes and flexibility with scheduling. She found the classes engaging and taught by professors who are curious about what the students think about each subject.

Sanni currently resides in Hanover, Maryland, with her husband and two sons.

As ADR Programs Manager at the District Court of Maryland, she oversees the court’s Mediation and Settlement Conference programs in Baltimore City and Harford County. In this role, she works closely with court staff and judges to develop, maintain, and improve ADR programs. Her work also involves partnering with community mediation centers and other agencies to create more awareness of the benefits of ADR. Sanni adds, “Candidly, I think this interest started from the ‘Designing Dispute Resolution Systems’ course in the LLM program.”

Sanni also owns and operates a home bakery. The cakes she bakes and decorates can be seen on her Instagram, @Tessascakesdmv. “I love the creativity of interpreting each person’s unique taste and preferences in the form of cakes.”

For future Mizzou Law LLM students, Sanni says, “I’d advise you to immerse yourself fully in the program and get as much hands-on experience as you can from available clinics and the externships. Especially for international students who experience a bit of a culture shock, having the ability to experience what the practical side of ADR looks like without the pressure of it being an official position is priceless.”