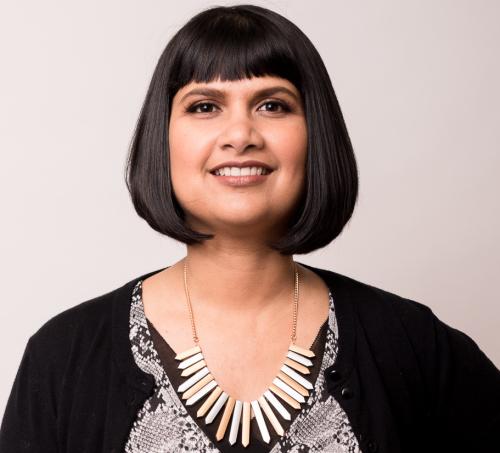 After years in the legal field, Sharanya Rao, LLM ’03, decided she wanted to pursue a career path where she could help people gain clarity and fulfilment in their professional lives. Rao says pivoting from a career in law to a career in coaching was made possible in part by the time she spent within the Mizzou Law dispute resolution LLM program.

“The LLM program gave me deep insights into what I really wanted to do and helped me carve my career as a leadership coach,” Rao said. “The foundation I received in the program in mindfulness and cross-cultural communication has been critical in my work as a coach.”

Three years after graduating with her Bachelor of Laws degree from the National University of Singapore, Sharanya Rao found herself unfulfilled as a litigator and decided to move to the U.S. to pursue her LLM at Mizzou Law.

Rao said that she loved her experience at Mizzou and highlighted how life-changing the LLM program was for her. During her time in Columbia, she drew inspiration from former Mizzou Law Professor Leonard Riskin’s work on mindfulness. She realized that the biggest conflicts begin within, but she didn’t realize at the time that the path of inner dispute resolution would be fulfilling for both personally and professionally.

“The program was robust, challenging, and brought out the best in me,” Rao said. “The community was supportive and encouraging, and the professors were knowledgeable and helpful. It was one of the best life decisions I’ve made.”

After completing her LLM, Rao left Columbia and began working in several different cities, doing internships at the Consensus Building Institute in Cambridge, Massachusetts and the CPR Institute in New York. She eventually settled in Austin, Texas, where she worked as a legal manager at the Texas Board of Pharmacy. In 2013, she decided to make a change.

Rao became a leadership and career coach, and founded her business, Kindle Life Coaching. She works with both individual clients and companies. She is also a coach for the CoachUT program at The University of Texas at Austin.

Rao has also earned a certificate in Diversity, Inclusion and Belonging from Cornell University, and is integrating this work with her background in cross-cultural communication to coach high-potential employees and people of color seeking to increase their impact as leaders. She is a certified consultant for the Leadership Circle Profile and the EQ-i 2.0 and EQ360 Assessments, which she uses with leaders to deepen self-awareness. She leverages her background in conflict resolution with team coaching.

Beyond her work, Rao said she enjoys both spirituality and theater. She also serves as the artistic director at Leela, an Indian Community Theater in the Austin area, where she lives with her husband and two children.

For future Mizzou Law LLM students, Rao highlighted the influence completing the LLM program has had on her career. She reiterated how knowledgeable and supportive the faculty and the entire CSDR community were during her time in Columbia and the opportunities that came from completing the program.

“Doing the LLM program has been one of the most impactful decisions in my life,” Rao said. “It changed my perception of myself, empowered me with knowledge, opened up new opportunities and experiences – and I met my husband too! I will be forever grateful for the CDSR community.”