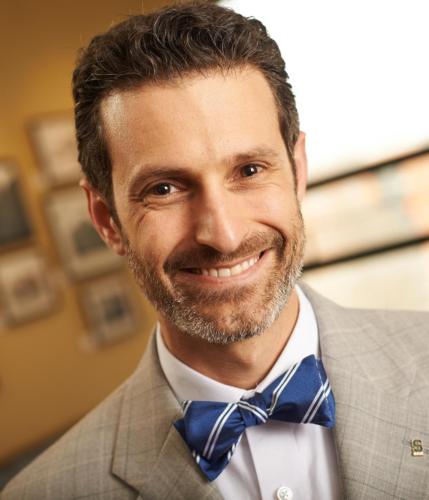 For a man who never imagined a career in higher education, Brian Pappas, LLM ’08, has managed to reach the pinnacle of legal education. Stepping into the deanship of the North Dakota School of Law in July, Pappas’ journey to this level of leadership began with his own legal education.

After earning his JD from Wayne State University, Pappas worked as an alternative dispute resolution (ADR) fellow at Michigan State while he traveled weekly from Michigan to Columbia, Missouri for LLM classes at the Mizzou Law Center for Dispute Resolution.

“When I embarked on my LLM, I planned to open a mediation practice. I never imagined a career in higher education, but it has turned into a wonderful journey,” Pappas said.

After earning his LLM from Mizzou Law and a doctoral degree from the University of Kansas, Pappas became the associate director of the ADR program at Michigan State. As he gradually rose to the ranks of clinical professor and director of the ADR program, he moved to Boise State University where he directed their ADR program, served as a professor of public policy and administration and assisted with conflict resolution on the BSU campus.

With that experience, Pappas returned to Michigan as an associate provost at Eastern Michigan University, where he oversaw academic human resources, including grievances, tenure and promotion, policy development, and conflict resolution.

As he begins his tenure as dean of the North Dakota School of Law, Pappas plans to continue the use of these skills as well as other approaches he has learned throughout his career in higher education.

“I bring a collaborative approach to everything I do, and I believe in creating a strong team that can disagree at times but also move forward collectively,” Pappas said. “I also believe in developing practice-ready graduates, which by the very nature of practice means dispute resolution has a significant role. Respecting and appreciating our differences is fundamental to how we can collaborate and build community. In each of these areas, my LLM and dispute resolution background are fundamental to my leadership style, and I have Mizzou to thank for that foundation.”

When offering advice to students considering pursuing an education in dispute resolution at Mizzou, Pappas says:

“Once you are a Missouri Tiger, you are one for life! It is always great to see my former professors and colleagues at conferences, and it is special to be a part of the Mizzou community. We are not lacking for conflict in our society, and so the more we have people who understand the practice and theory of dispute resolution, the better. There are so many ways you can use this LLM, and sometimes that requires carving your own path and betting on yourself. With Mizzou, you will leave with the tools and knowledge you need to be successful regardless of the direction you choose.”