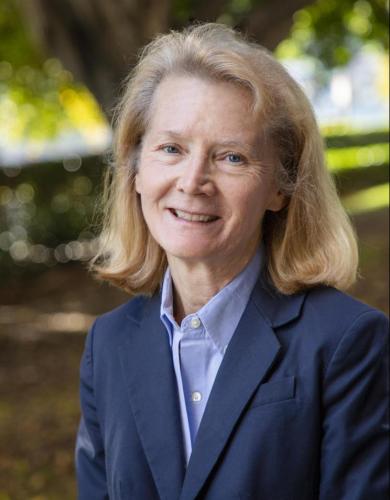 In 1999, Donna Pavlick was at a crossroads. The health care company she managed in Springfield, Missouri had just been sold and her position eliminated. Soon after, her husband, who worked at the University of Missouri, told her about a new degree program just announced by Mizzou Law — an LLM in dispute resolution.

“Before the LLM program, I was at a loss as to where my career should go next,” Pavlick said. “When my husband told me about the new program that was announced, I quickly chatted with the faculty and turned in an application the next day. I was pumped!”

Fast forward 22 years and Pavlick never left the world of higher education, retiring this summer as the dean of student affairs and dean of students at the USC Gould School of Law.

Her road to a career in helping students succeed began as a member of the first class of the Mizzou Law LLM program in dispute resolution, graduating in 2000.

“My student experience was outstanding,” Pavlick said. I was part of the first class, and we all were very excited about the program. It was a small group of perhaps eight students, and we bonded very quickly.  We were a diverse group of professionals sharing experiences and learning for the sake of learning. I honestly believe that the quality of the education I received at Mizzou far exceeds the school’s rankings and cost.”

After graduating, Pavlick knew she wanted to stay in Columbia and a position working in higher education quickly came open to her.

“After finishing my degree, because I had two small children, I was searching for a position in Columbia, and one of my colleagues from the program told me about a new position at Mizzou Law as the assistant dean for admissions and encouraged me to apply,” Pavlick said. “I interviewed and the rest is history — or has been for the last 22 years!”

After obtaining her first educational position, Pavlick decided to learn more about higher education administration and applied for Mizzou’s PhD program in educational leadership and policy analysis, with a cognate in student services.  This was just one of many degrees Pavlick has earned in her lifetime.

She began her academic career earning bachelor’s and JD degrees from the University of Pittsburgh before starting her law career. She also holds a master’s degree in psychology from the University of Northern Colorado and a master’s degree in liberal arts and sciences from Vanderbilt University. Throughout her journey in academia, it is clear Donna Pavlick has a passion for higher education and helping students succeed.

“From Mizzou, I was hired at Vanderbilt Law School, a position I learned about from one of my professors in the LLM program. I ended up at the USC Gould School of Law, and after 22 years in the field, I retired this summer. When working with faculty and students, the listening and negotiation skills I gained/developed in the program have been invaluable. Whether intending to expand your practice area, change practice areas, or learn for the sake of learning, I highly recommend the Mizzou dispute resolution LLM program.”