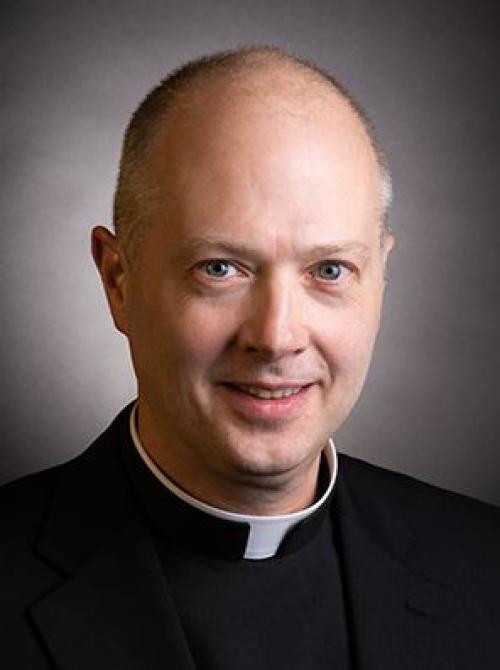 LLM students come to Mizzou for reasons ranging from its high ranking to its knowledgeable professors. But Philip J. Bené, LLM ’14, may have received a higher calling to learn about alternative dispute resolution (ADR).

Before coming to Mizzou, Bené, a Catholic priest of the Archdiocese of St. Louis, served stints as legal attaché of the Permanent Observer Mission of the Holy See to the United Nations and at the Pontifical Council for Justice and Peace in Rome. After hearing about the LLM program from a law professor in St. Louis, Bené knew he wanted to expand his knowledge in the area of ADR.

“Most of my work in service of the Holy See was focused on the promotion of human rights in the UN and to a lesser extent in the Council of Europe and in the Organization of American States,” Bené said. “While I had already gained experience in negotiations, I wanted to study it in a formal context for which reason I was very interested in ADR.”

While at Mizzou, Bené said he truly enjoyed his experience and how important it was to his work to have a foundational understanding and practical experience with applications of ADR.

“In the LLM program, I learned a lot about negotiation, mediation, and arbitration and have been able to bring the knowledge and skills I learned into my everyday work,” Bené said.

Bené said most of his classmates were foreign lawyers and that he enjoyed how global the LLM program at Mizzou felt. He added, “I felt very comfortable with them given the many delegates I had gotten to know at the UN and with whom I worked prior to my studies at Mizzou.”

Bené now resides in St. Louis and works as both the judicial vicar for the Archdiocese of Saint Louis and pastor of St. Joseph Parish in Clayton, Missouri. He said while there may not seem to be a direct connection between his current assignments and ADR, it has helped his work in many ways.

“Even though I might not be formally engaged in arbitration or mediation, I regularly use the acquired skills in my responsibilities,” Bené said.

For those considering the LLM Program at Mizzou Law, Bené says “I strongly recommend the law program. All of the professors were knowledgeable in their areas of expertise and were supportive of me as a student. I am an advocate of further education. An LLM can help a legal professional come to a greater understanding of a specific area of law. The key is to determine the area of interest and then make an informed decision of which area is right for you with the ultimate goal of being service of others in promotion of the common good.”