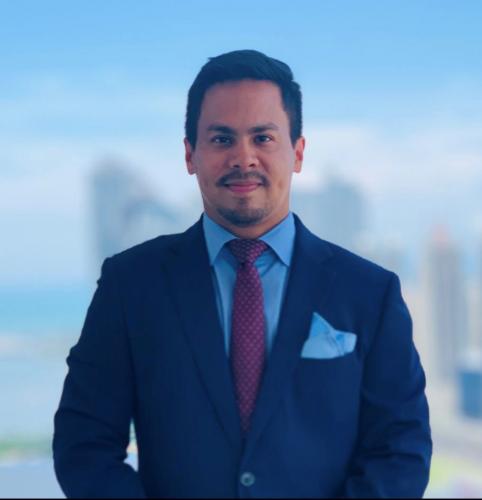 Nearly a decade ago, Jose Dario Rodriguez, LLM ’15, realized the importance of commercial relations and the need to use alternative mechanisms for dispute resolution. Now serving as legal counsel of international contractor China Harbour Engineering Company Ltd. in Panama, Rodriguez credits his move to Columbia, Missouri to learn at one of the top dispute resolution centers in the world with gaining those necessary skills and knowledge.

“I chose the University of Missouri beyond any other school, after a long research time, finding that Mizzou Law is not only one of the top five dispute resolution programs in United States, but it also offered a comprehensive program with the courses and clinics necessary to help me succeed in my legal career,” Rodriguez said. “Beyond that, that the program is composed by a tremendous staff and remarkable professors recognized nationally and internationally.”

Following the completion of his Mizzou Law LLM in dispute resolution, Rodriquez moved back to Panama where he was able to advance his career exponentially.

“The program helped me to combine the tools and skills I acquired with my existing legal knowledge to open promising career avenues,” Rodriquez said. “As a public officer and legal counsel of transnational companies, I have been assigned great responsibilities to solve cases of higher risk for the government and private companies as a result of my experience and knowledge of negotiation, mediation and arbitration.”

Prior to joining the Mizzou Law LLM program in dispute resolution, Rodriguez earned his law degree from the University of Panama, Faculty of Law and Political Science. After working as an attorney in Panama for a few years, Rodriguez moved internationally to Missouri to advance his education.

“The Mizzou Law School program is perfectly shaped for international students, providing the tools and skills necessary to succeed in the practice of alternative for dispute resolution, regardless of the legal system where the program shall be implemented or practiced,” Rodriguez said.

Rodriguez has strong memories of lessons learned at Mizzou, about the importance of maintaining and improving relationships above all else.

“During class, we [the students] were only focused on how to take advantage of our position to defend, claim, recover and collect on behalf of our client against the other parties, disregarding the most relevant aspect which should be considered ‘the relationship,’ Rodriguez said. “After we finished a specific exercise, the professor explained that the mark of a good negotiator is preserving good relationships where the parties need each other in long-term relations, rather than only focusing efforts on winning individual disputes.”

Rodriguez has taken these lessons and built on them in his current position as legal counsel for a large, international corporation.

“I am mainly responsible for, but not limited to supervising projects of the region,” Rodriguez said. I am focused on risk assessment, policy implementation, and the negotiation and revision of international agreements between employers, contractors, financial institutions and subcontractors/providers. Moreover, I am responsible for solving disputes occurring during the performance of work, in accordance with the alternative dispute resolution agreed between parties.”

For prospective students considering earning an LLM in dispute resolution, Rodriguez says: “I strongly encourage any student to take the opportunity to enroll in Mizzou Law. The Mizzou Law high standards of education are suitable for lawyers, public officials, international agency representatives and related professionals involved in disputes, despite the matter or jurisdiction.”