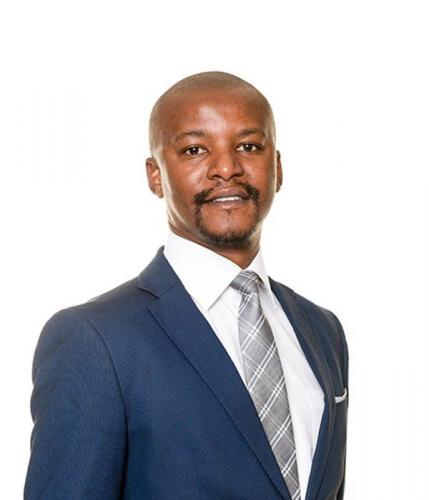 Living in his home of Johannesburg, South Africa, Sentebale Makara, ’11, is enjoying a flourishing career as the director at the law firm Norton Rose Fulbright South Africa. He specializes in construction, engineering, mining and energy disputes with experience in arbitration procedures and alternative dispute resolution. Makara attributes much of his success to his time at Mizzou Law, where he earned his LLM in Dispute Resolution.

“As a direct result of the opportunities and doors opened by the LLM program, I am today a qualified mediator,” Makara said.

During his time at Mizzou, Makara said he gained confidence in his abilities as a mediator and prepared himself for future career opportunities.

Before pursuing his LLM at Mizzou, Makara earned an LLB from the University of Western Cape and worked there as a graduate lecturing assistant.

Makara received a scholarship from the University of Western Cape that assists students with access to Mizzou’s LLM program. Due to Mizzou’s long-time partnership with UWC, Makara also had the chance to meet with Mizzou professor Rodney Uphoff and current students to learn what life at the American university was like.

Makara said his experience at Mizzou was spectacular for many reasons, from the resources available at the Law Library to pick-up soccer games on Stankowski Field after class. But most of all, Makara enjoyed the academics and how they compared to his time in South Africa.

“One of the first things for me that was interesting is the level of engagement between students and lecturers,” Makara said. “It was never just the lecturer’s voice but rather a solicitation of views from the students.”

After his graduation from Mizzou, Makara was hired to lead the South African law firm Webber Wentzel, working with international companies in many different industries.

“I have and continue to act on behalf of well-established South African and international companies in the construction, mining, renewable energy and telecommunications space, including in relation to forensic investigations, disciplinary and other inquiries and disputes,” Makara said. “I have conducted workshops, seminars and presentations on dispute resolution in particular to the infrastructure and projects sector.”

For those considering the LLM program at Mizzou Law, Makara says, “not to waste time thinking about it and just go for it. You will learn from the best but also develop an understanding of people and how the world works. As a person who came from South Africa, I realized that our differences are what bring us together and once the veil was lifted, we actually found that we are more similar than different.”