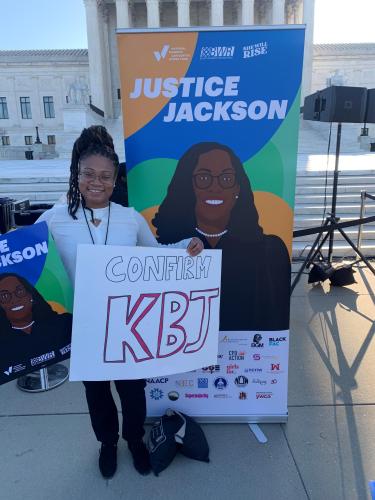 “As a soon to be public defender, it was important for me to travel to DC to support and celebrate the nomination of Judge Ketanji Brown Jackson to the Supreme Court,” Young said. “Representation matters and as the first Black woman and first public defender to be nominated to the nation’s highest court, I found it vital to come to DC, as opposed to watching the hearing alone on my phone or laptop in my apartment in Columbia. For over 200 years now, law school students have believed that if they desired to one day become a judge, they had to become a prosecutor first. That narrative crafted careers for millions and now the narrative is changing.” 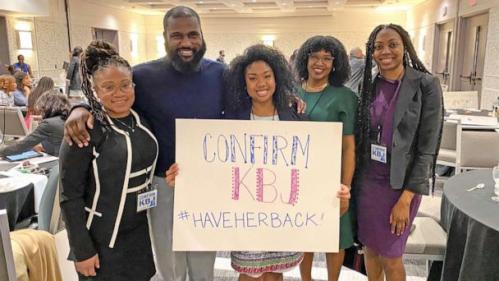 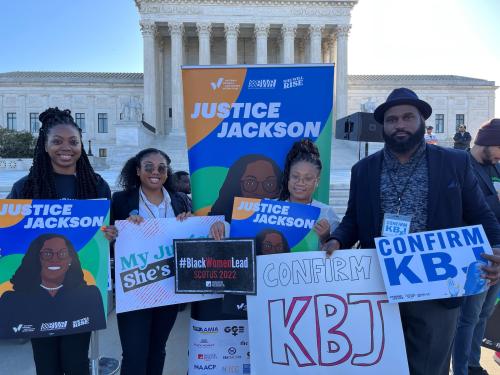