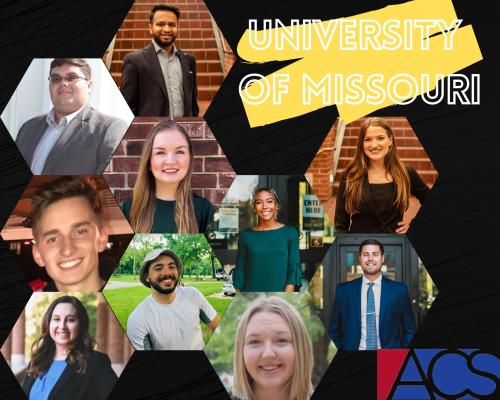 The American Constitution Society (ACS) has named the Mizzou Law student chapter of ACS as the “Student Chapter of the Year.” In their newsletter announcement of the award, the ACS said the Mizzou Law chapter won by exhibiting “the greatest strength in meeting ACS’s mission and goals.”

Rising Mizzou Law 3L and Chapter President Hirsh Joshi says winning this award was a goal for the chapter all year and was a result of extraordinary hard work.

“Winning it all is hard to digest because there are other incredible chapters at other law schools,” Joshi said. “We came away with the Student Chapter of the Year prize because we had an incredible executive board along with representatives who were willing to put in the work. It is such an honor to have worked with them and win Student Chapter of the Year. I cannot wait to see what the leaders have in store for us next year.”

Joshi says he’s most proud of how the chapter maintained a strong membership despite the pandemic.

“I’m most proud that our chapter was able to endure the COVID-19 pandemic and provide quality programming to students,” Joshi said. “Some other chapters did not have members after going online for law school. We were able to maintain an enthusiastic membership. We hosted events with former U.S. Attorney General Eric Holder, Illinois Attorney General Kwame Raoul, and the Honorable Alok Ahuja. All of them helped advance the ACS mission in different ways and I couldn’t be happier that all three were here in the span of a year.”

The ACS will present the Mizzou Law chapter with the award at their virtual graduation ceremony on June 14.