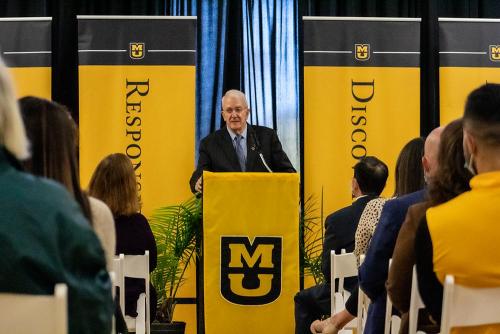 Professor William Murphy taught constitutional law at Mizzou from 1962-71 and was a key figure in supporting the right to peaceful protest by students on campus. Throughout his academic career he was known for his staunch support for civil rights, including the rights of Black Americans to attend public universities.

Hanlon took Professor Murphy’s course in constitutional law in 1964. Hanlon says he wanted to honor Professor Murphy for the work he did inside and outside of the classroom.

“Professor Murphy was a legend at three law schools during his decades of service years ago, and a genuine hero in the annals of academic freedom,” Hanlon said. “At all times, he demonstrated great courage, incredible intellectual honesty, and fundamental fairness.  He was a stunningly great teacher who totally engaged every one of his students. I wanted the opportunity to honor him for his contributions to the university and to my profession. Unfortunately, he died before I could arrange that, but I’m glad we are acknowledging his legacy both today and in the future through this scholarship.” 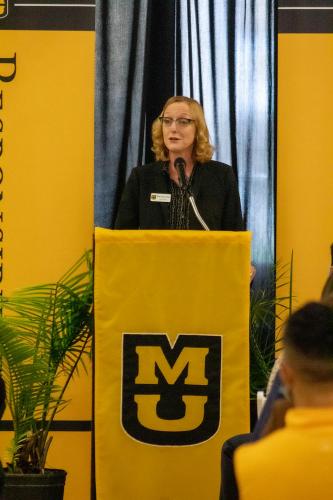 The newly established scholarship will support students seeking to study the field of constitutional law, which often includes working professionally in public service. In the past five years, about one-third of every Mizzou Law graduating class has gained employment in public service positions, including jobs with federal, state and local government, public defender systems, and judicial clerkships.

“This scholarship is so important because students who have dreams of serving the public are often saddled with significant school debt before entering into a profession that pays comparatively little,” said Thomas Bennett, an associate professor of law and Wall Family Fellow at MU. “Scholarships like this one will help those students pursue their dreams as well as help our justice system through the influx of talented lawyers.”

Other former students of Professor Murphy as well as Mizzou Law alumni and friends of Mizzou are invited to join Hanlon in supporting the Professor Murphy Scholarship by donating to the fund here: https://mizzougivedirect.missouri.edu/fund.aspx?item_id=802. 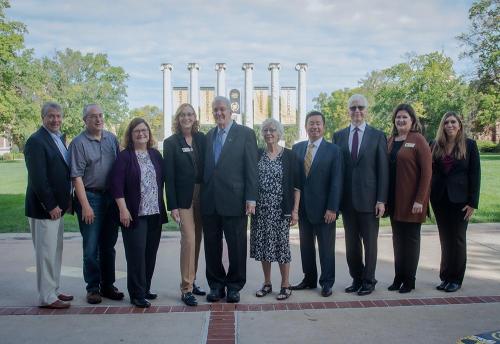 Stephen F Hanlon has a long history of handling public interest and civil rights cases. The New York Times dubbed him “one of the leading voices in public interest law for decades.” In 1989 he founded the Community Services Team (CST) at Holland & Knight and for the next 23 years he served as the Partner in Charge of the CST, which during Hanlon’s tenure was the largest full-time private practice pro bono department in the nation. Since his retirement from Holland & Knight at the end of 2012, Hanlon has confined his practice to assisting and representing public defenders with excessive caseloads. He now serves as a Professor of Practice at Saint Louis University School of Law.