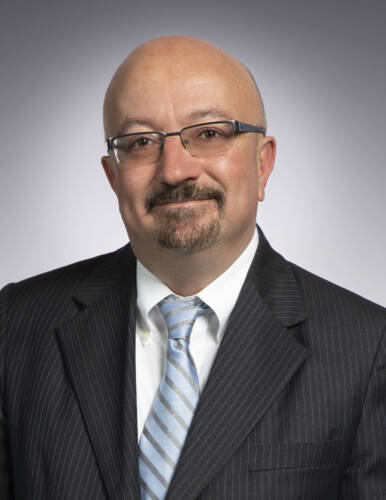 The case of Google LLC v. Oracle America, Inc. pitted two giant technology companies against each other. On the line was potentially billions of dollars in profits as well as the future of some of the world’s most widely used pieces of software.

After more than a decade of litigation, the U.S. Supreme Court ruled in 2021 that Google did not violate copyright laws by including 11,500 lines of code from Java (which is owned by Oracle) in its own Android operating system. It was the first time the court updated fair use precedents since 1994 and one of the few cases specifically addressing how these laws intersect with software development.

Now, new research from Gary Myers, Earl F. Nelson Professor of Law at the University of Missouri School of Law, is urging another look at the consequences of the Supreme Court’s decision. He said the ruling could introduce uncertainty when deciding how new software can build on what came before.

“There are two sides to the story,” Myers said. “Oracle argued that they missed an opportunity to license their product with someone else. Google claimed that Oracle was never going to succeed in that area.”

Myers said the case hinges on “fair use,” a legal term that defines how much copyrighted material (such as a song, video or line of code) can be used legally as the basis for new work. Copyright cases often involve tricky questions of ownership, such as how much — if any — of profits should be split when a melody from one song is partially used in another. For example, pop star Olivia Rodrigo recently shared royalties from the single “good 4 u” after similarities were noted between her song and the band Paramore’s 2007 hit “Misery Business.”

Because software differs from many other creative works, Myers said the court’s ruling introduces a new set of questions when determining fair use claims.

“One of the things the court did is avoid deciding what exactly is protected in terms of computer code,” Myers said. “They focused in large part on fair use. But with software, you are dealing with factual issues such as functionality and methods of operation. It’s hard to determine the scope of these that can be determined with fair use.”

Myers lists four fair use considerations he believes the Supreme Court will need to clarify in the future:

Oracle’s copyright claim. Myers argues this approach is not supported by existing fair use laws and will need to be clarified.

Myers said the issues raised by the court’s ruling will also impact areas far beyond the technology industry.

“The court’s ruling is going to be cited in every fair use copyright case going forward,” he said.