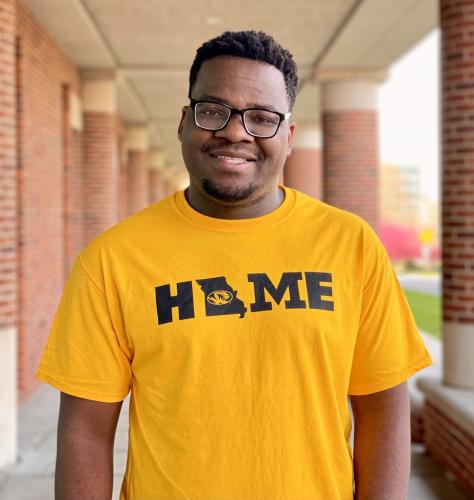 Mnotho Ngcobo has always been ambitious, hardworking, motivated and optimistic. But even he was surprised by the positive chain of events that led him to the University of Missouri en route to a master of laws degree.

Ngcobo’s Tiger story started in May 2021 with the news that he had landed the prestigious Ivan Rugema Fellowship, a program that brings students from the University of the Western Cape to Mizzou. Ngcobo — who grew up in Durban, a city in KZN province of South Africa — had applied to numerous scholarship programs only to receive rejection letters.

“I felt like I was a complete failure, like I was not good enough,” Ngcobo said. “Nonetheless, I made a promise to myself that no matter what I will never give up. When I received the email saying that I got the scholarship, I couldn’t believe it. It was just like my favorite author, Paulo Coelho, had said: ‘When you want something, all the universe conspires in helping you achieve it.’”

With his eye on Columbia, Ngcobo paused his law practice — MT Ngcobo Attorneys, which provides legal services to the residents of Eshowe, a rural town located north of KZN province.

“I didn’t have the same advantages in school in South Africa that I have had here. I am amazed by the resources available to students at Mizzou. If I could offer incoming students advice, it would be to use all the support provided by the university. Visit the campus mental health services. Go to professors for advice — something I had never done before. It has made my whole college experience at Mizzou a great one. 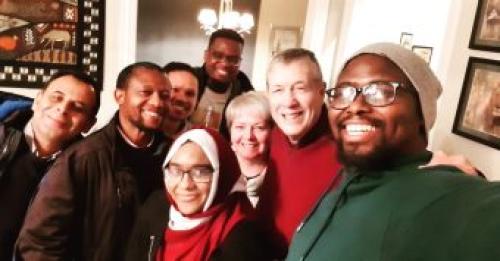 Another new experience that left an impression on Ngcobo was Homecoming, a tradition most universities in his home country don’t observe. He said the signature Mizzou celebration tops his list of college memories in Columbia.

“I made so many friends that day,” Ngcobo said. “I participated as a member of the Missouri International Student Council and became better friends with students from Asia and Africa. It was so fun, seeing so many students from different countries, carrying our home country flags, singing and dancing to international music made the whole experience unforgettable.”

As he prepares for graduation, Ngcobo credits his mentor — Paul Ladehoff, director of the LLM Program — with leading him to his next stop: an externship at the International Institute for Conflict Prevention and Resolution in New York, and afterwards a full-time faculty position at Jindal Global Law School.

“Professor Ladehoff believed in me from day one, when I was still in South Africa and chatting with him on Zoom,” Ngcobo said. “When he learned I was interested in academia, he took me as his teaching assistant for one of his classes to gain some practical experience and he has been helping me with resources for PhD students.

“Being 10,000 miles away from home can sometimes be too much for an individual — but the faculty and staff at the School of Law were all there for me, making sure my stay here was comfortable.”