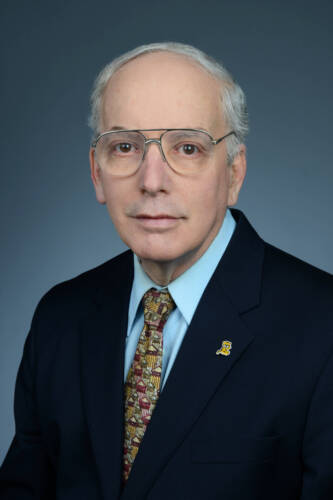 From 1976-78, he served as a law clerk to Judge Hugh R. Jones of the New York Court of Appeals (New York’s highest court). From 1978-81, he was in private practice with Kaye Scholer, a Park Avenue firm in New York City. From 1982-89, he was an associate professor at Fordham University Law School.

Professor Abrams joined the University of Missouri faculty in 1989. In the past 33 years, he has written or co-written six books, which have appeared in a total of 22 editions. The U.S. Supreme Court has cited his law review articles in four decisions. His writings have been downloaded worldwide more than 45,000 times.

Professor Abrams’ first book was The Law of Civil RICO (Aspen 1991). West Academic recently published the seventh edition of his casebook, Children and the Law–Doctrine, Policy, and Practice (co-author), and the seventh edition of his Children and the Law In a Nutshell (co-author). In 2003, he wrote A Very Special Place in Life: The History of Juvenile Justice in Missouri. His other casebook is Contemporary Family Law,  whose fifth edition West Academic published in 2019 (co-author). In 2021, West Academic published the second edition his sixth book, Effective Legal Writing: A Guide for Students and Practitioners.

With his book royalties, Professor Abrams created the Happiness For Health program, a permanent endowment that provides toys, stuffed animals, games, and parties for sick and injured children at the MU Children’s Hospital.

He is vice-chair of the bipartisan 15-member Advisory Board of the Missouri Division of Youth Services (DYS), which is considered one of the nation’s foremost statewide juvenile justice treatment agencies. He serves on the Board of Advisors of the MU Children’s Hospital. He also recently completed an eight-year term on the board of directors and the executive committee of the Missouri Juvenile Justice Association, which promotes justice for the state’s children, youth, and families.

Professor Abrams is a Fellow of The Missouri Bar Foundation, which seeks to improve the legal system through law-related research, education, and charitable endeavors. He serves on a special committee that advises the Missouri Bar Board of Governors on issues relating to member lawyers’ First Amendment speech rights concerning positions the Bar takes. He chaired the editorial board of the Journal of the Missouri Bar for 21 years, and he is the associate editor of the Juvenile and Family Court Journal.

Professor Abrams was a goaltender on the Wesleyan University ice hockey team for four years. In 1973, he set the Eastern College Athletic Conference (ECAC) Division III record for most saves in a game (64). He was the first Wesleyan hockey player to be named to the weekly ECAC All-East Team.

Professor Abrams was the 2013 recipient of the Excellence in Safety Award presented by USA Hockey, the sport’s national governing body. The award recognizes “outstanding contributions through many years of service to make hockey a safer game for all participants.”

He coached youth ice hockey at all age levels for 42 years, and he has written and spoken about youth sports. (Professor Abrams’ sports publications are listed on pages 10 – 40 of his CV (PDF)). The New Hampshire Union Leader has called him “one of the people who help serve as the conscience for anyone involved in youth sports.”

In 1990, Professor Abrams played a leading role in creating the first organized youth hockey teams in mid-Missouri. During his eleven-year tenure as the new mid-Missouri youth hockey program’s first president, the program grew from 25 players to 180, while enrolling every interested child, encouraging beginners, teaching sportsmanship, providing need-based scholarships, and fully involving each player in every practice and game. In 1999, he received the Missouri Park and Recreation Association’s Citation Award for his pioneering service.

Professor Abrams’ coaching stressed citizenship education. As the players improved their athletic skills each year, his teams also conducted community service projects that won national, state, and local recognition. A local newspaper called one of his teams “a philanthropic organization on skates.”

Professor Abrams has served on the Team of Experts of MomsTEAM, a leading national resource for youth sports parents about safety, nutrition, sportsmanship, and coaching.