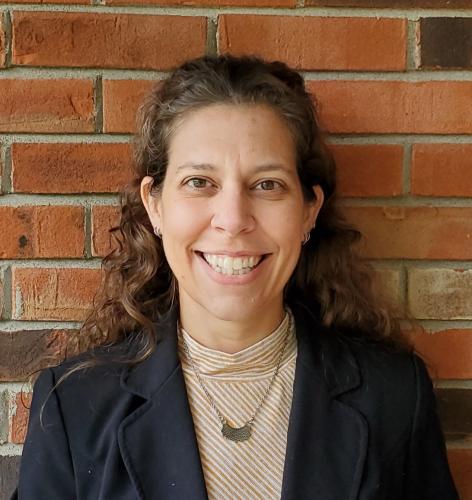 Professor Woods teaches Legal Research & Writing and Advocacy & Research. She began teaching at Mizzou Law as an adjunct in 2007 and joined the faculty full-time in Fall 2022. In addition to her current courses, she has taught Appellate Advocacy, Moot Court I, and Moot Court II. She has been a law clerk for the Honorable Karen King Mitchell on the Missouri Court of Appeals, Western District, since 2011, following a six-year stint as an Assistant Attorney General for the Missouri Attorney General’s Office in the Criminal Appeals Division, where she wrote and submitted approximately 400 appellate briefs and argued multiple cases before each district of the Missouri Court of Appeals, as well as the Missouri Supreme Court. She received the David J. Dixon Appellate Advocacy Award from the Missouri Bar Foundation, the Attorney General’s Best Brief Award from Attorney General Chris Koster, and the Faculty Achievement Award from MU’s Board of Advocates.  Her undergraduate degree is in Justice Systems, and, in law school, she served on the editorial board for Missouri Law Review and as a teaching assistant for the Legal Research and Writing Program.