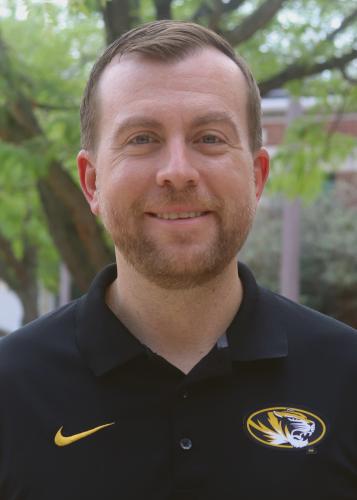 Nathan Hurst joined Mizzou Law as the Director of Communications & Marketing in July 2021.

Nathan has spent more than a decade working in communications at Mizzou. Following a stint as a producer for KOMU-TV in Columbia, he worked at the MU News Bureau, the central MU media relations office. For more than seven years at the News Bureau, he promoted Mizzou research and scholarship to the national media and served as a media relations liason and spokesperson for Mizzou Law and a number of schools, colleges and Mizzou offices.

Following his time at the News Bureau, Nathan spent four years as the strategic communications manager for the MU Thompson Center for Autism & Neurodevelopmental Disorders. In this position, he served as the primary communications professional for the center, managing their website and social media, writing stories and promoting the center and it’s services externally.