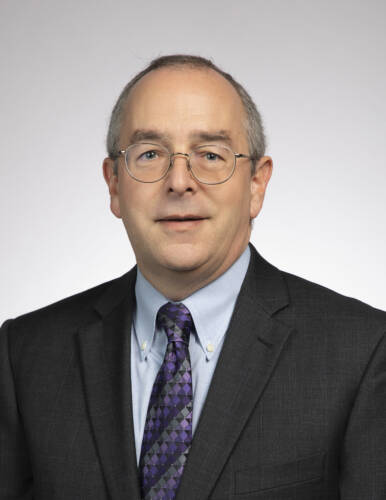 Professor Freyermuth joined the law faculty in 1992. He teaches in the areas of Property, Real Estate, and Secured Transactions, and has co-authored widely-used texts in all three areas. He received MU’s William T. Kemper Fellowship for Excellence in Teaching in 2007, and was appointed a Curators’ Distinguished Teaching Professor in 2009.

Professor Freyermuth is active in law reform efforts, currently serving as the Executive Director of the Joint Editorial Board for Uniform Real Property Acts. He served as the Reporter for the Uniform Assignment of Rents Act (2006) and the Uniform Residential Mortgage Satisfaction Act (2005). In 2009, he was elected as a Fellow in the American College of Real Estate Lawyers, and he currently serves as Chair-Elect of the Real Estate Transactions Section of the Association of American Law Schools.

Professor Freyermuth clerked for the late Judge John D. Butzner, Jr. of the U.S. Court of Appeals for the Fourth Circuit, and also worked with the Raleigh, NC firm of Womble, Carlyle, Sandridge and Rice in its commercial real estate and bankruptcy practice areas. He served as the Managing Editor of the Duke Law Journaland was elected to the Order of the Coif. He has served as a visiting professor at Duke, North Carolina, Washington University in St. Louis, and Denver, and has an adjunct appointment at the Owen Graduate School of Management at Vanderbilt University.