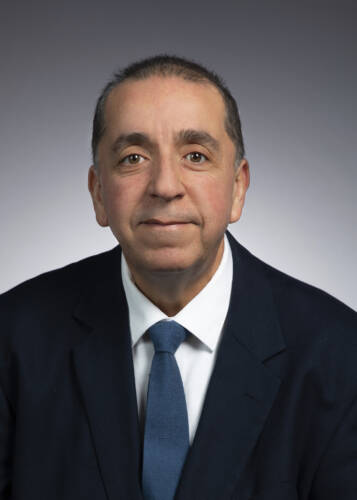 Rafael Gely joins the faculty after 18 years of teaching, including academic positions at the Mays Business School at Texas A&M University, Chicago-Kent College of Law and most recently at the University of Cincinnati, where he served as the Judge Joseph P. Kinneary Professor of Law.

Professor Gely earned his JD and PhD in labor and industrial relations at the University of Illinois in Champaign-Urbana. His scholarship reflects his interdisciplinary academic training. His research, which primarily focuses on the regulation of labor markets, incorporates a variety of theoretical paradigms and methodological approaches, drawing from the expertise of co-authors in a wide range of disciplines.

Professor Gely has published more than 40 articles in nationally and internationally recognized academic journals, including the Rand Journal of Economics, the Journal of Law, Economics and Organization, the Texas Law Review, and the Southern California Law Review. Professor Gely has received various scholarship awards including the American Academy of Appellate Lawyers’ Eisenberg Prize for his recent article in the Wisconsin Law Review, “The Supreme Court and DIGs: An Empirical and Institutional Analysis” (co-authored with Professor Michael Solimine).

At the University of Missouri School of Law, Professor Gely teaches courses in employment law, labor arbitration and labor law, among others.