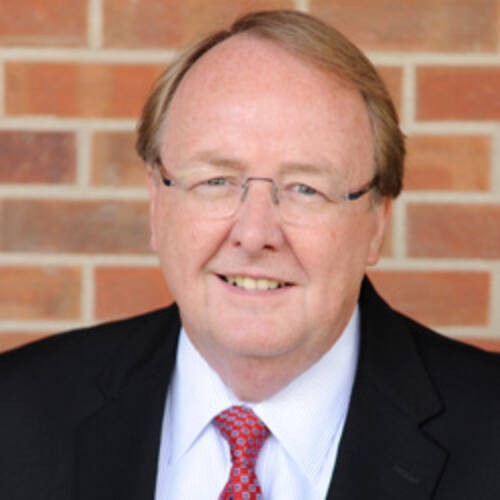 Prior to his academic appointments at MU Law and UF Law, he held the Herbert Herff Chair of Excellence at the University of Memphis from 1994 to 1998, and he was a professor of law at the University of Kansas from 1981 to 1994, where he also served as dean from 1989 to 1994. He practiced law in Indianapolis from 1978 to 1981 with the firm of Barnes, Hickam, Pantzer & Boyd (now Barnes & Thornburg), and he clerked for Judge George E. MacKinnon in the United States Circuit Court of Appeals for the District of Columbia Circuit during the 1977-78 term. He received his J.D. from the University of Michigan Law School, where he was a member of the Michigan Law Review, and his undergraduate degree from Indiana State University.

His research and teaching specialty is insurance law, and he is the author of numerous books, book chapters, articles, and essays in this field, including the treatise Understanding Insurance Law, which went to a sixth edition in 2018. He has also written and presented in the field of leadership studies. He is an elected member of the American Law Institute, a Fellow of the American Bar Foundation, and past chair of the Insurance Law Section of the Association of American Law Schools. His committee and commission activities include service for the American Bar Association, the Association of American Law Schools, the National Conference of Commissioners of Uniform State Laws, the Florida Bar and the Supreme Court of the State of Florida, and the American Law Institute, as well as numerous organizations in communities where he has lived. He has also engaged in numerous service activities, including chairing the Faculty Executive Committee at the University of Kansas in 1988-1989 and election to the Faculty Executive Committee at the University of Missouri in 2000-2001. In 2016, he chaired the University’s Ad Hoc Joint Committee on Protests, Public Spaces, Free Speech, and the Press. In February 2020, he received the Robert B. McKay Law Professor Award presented annually by the Tort, Trial Practice, and Insurance Section of the American Bar Association.