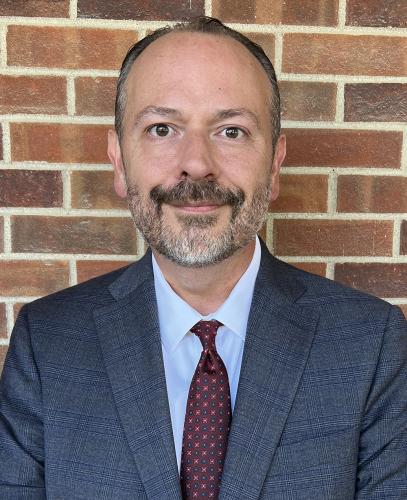 Professor Redmon joined the University of Missouri School of Law in 2015, when he began coaching two of the law school’s trial competition teams.  In addition to coaching, Professor Redmon has taught Evidence, Trial Practice and Advanced Trial Practice and served as a guest lecturer in several other courses.  In 2016, he received the Executive Award from the Board of Advocates.  In 2020, he received the BOA’s Faculty Advisor Award.

Professor Redmon is an experienced trial attorney who has practiced law for more than 15 years.  Over the course of his career, he has tried cases to judges and juries in three different states.  He spent more than a decade in private practice, where he focused primarily on personal injury and criminal defense litigation.  He also served as a trial attorney in the Major Felonies Division of the Marion County Prosecutor’s Office in Indianapolis, where he handled several high-profile cases.  Immediately prior to joining the law school, he worked with the Boone County Prosecutor’s Office in Columbia, Missouri.

Professor Redmon received his JD from Notre Dame Law School, where he served as captain of the law school’s trial competition team.  In 2000, his team was crowned national champion at the National Trial Competition.  As a third-year student, he received both of Notre Dame’s top awards for outstanding achievement in Trial Advocacy.  Prior to law school, he earned his bachelor’s degree at the University of Indianapolis, where he was a Presidential Scholar.