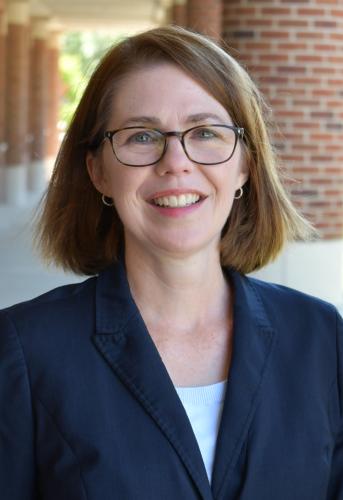 Sandra F. Sperino is the Associate Dean for Research and Faculty Development and the Elwood L. Thomas Missouri Endowed Professor at the University of Missouri School of Law. Her scholarship focuses on how courts and other actors resolve employment law disputes.

Professor Sperino is the author of two treatises in employment discrimination law: McDonnell Douglas: The Most Important Case in Discrimination Law (Bloomberg 2018) (a treatise focusing on the case and its progeny) and The Law of Federal Employment Discrimination (West 2019). Her book, Unequal: How America’s Courts Undermine Discrimination Law (w/ Thomas) (Oxford 2017), was recognized with the 2021 Civil Justice Scholarship Award from the Pound Civil Justice Institute. Her recent articles are published in the Michigan Law Review, the University of Illinois Law Review, the Alabama Law Review and the Notre Dame Law Review, among others. Her article, The Tort Label, was selected for the Harvard/Stanford/Yale Faculty Forum.

Prior to joining the Mizzou law faculty, Professor Sperino was the Judge Joseph P. Kinneary Professor at the University of Cincinnati College of Law. In 2013, 2017, and 2022, she received the Goldman Prize for Excellence in Teaching. In 2015, Cincinnati Law recognized her work with the Harold C. Schott Scholarship Award; in 2018 she received the Faculty Excellence Award; and the university recognized her with a Faculty-to-Faculty Research Mentoring Award in 2019.

Professor Sperino’s scholarship has been cited by numerous courts, including the Third Circuit, the Fifth Circuit, the Eleventh Circuit, federal district courts, and the Supreme Courts of Iowa, Oregon, and Hawaii. Her work has been featured in the New York Times, on NPR, and in other media outlets. She is an elected member of the American Law Institute.

In 2013 and again in 2019, she served as lead counsel on amicus briefs filed in the United States Supreme Court in cases considering the correct causal standard for federal discrimination/retaliation law. Prior to entering academia, Professor Sperino was a law clerk in the United States District Court for the Eastern District of Missouri and practiced law in St. Louis at Lewis, Rice. While at Lewis, Rice she co-authored the successful petition for writ of certiorari and the brief filed in the U.S. Supreme Court in United States v. Sell. She graduated from the University of Illinois College of Law, where she served as Editor-in-Chief of the University of Illinois Law Review.