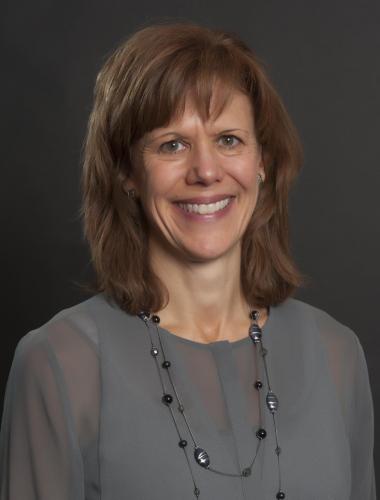 Sarah Reesman serves as the Director of Public Interest and JD Advantage Careers. She came to Mizzou Law after more than 2 decades of experience with the University of Missouri Department of Athletics. Beginning in 1993 Sarah held a variety of leadership positions in Athletics, most recently Senior Deputy Athletics Director/Chief Operating Officer and Senior Woman Administrator.

As an undergraduate student at Mizzou, Sarah chaired MU’s Student Athletic Board for two years and also spent two years as a student member of MU’s Intercollegiate Athletics Committee. She is a member of Mystical Seven and Mortar Board Honor Societies.

Following graduation, Sarah received her J.D. from the University of Minnesota School of Law.  After law school, she clerked for former Chief Justice of the Missouri Supreme Court Ann K. Covington and worked as an associate attorney with the firm of Slagle, Bernard & Gorman in Kansas City.

For her past leadership efforts, Reesman has received the 2001 Barbara S. Uehling Award and has been recognized in the Columbia Business Times as one of Columbia’s Top 40 business leaders under the age of 40. In 2009, she was honored as part of the annual MU Tribute to Women for her contributions to the advancement of women at the University.  A native of Boonville, Sarah and her husband, Bill Tackett, have one daughter, Kelley.