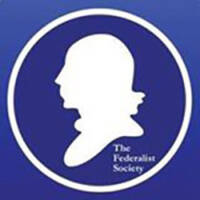 The Mizzou Law Federalist Society is a group of conservative, libertarian, and moderate free-thinkers who refuse to be bound by the narrow scope of the academic paradigm. American society was founded on the principles and beliefs that the separation of governmental power is central to the Constitution and nation of people it protects. The Mizzou Law Federalist Society believes, above all, in fostering an open and honest dialogue to further political discourse by placing a premium on individual liberty, traditional values, and the rule of law.